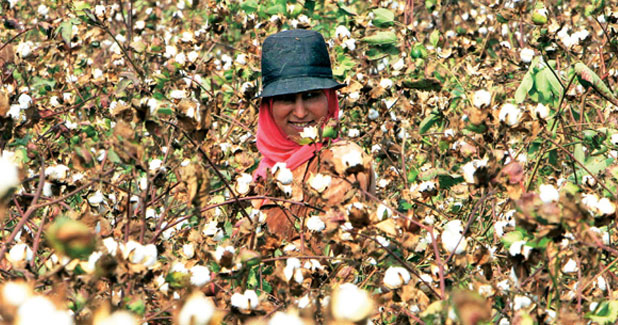 Egypt: Much more than just cotton!

â€œMy recent visit to Cairo to visit a textile exhibition, Egy Stitch Tex has given me some eye-openers & changed my perspective of Egyptâ€™s textile industry. First and foremost solid â€˜mind blockâ€™ was that Egyptians only process cotton whereas I found that synthetic blended materiala are also having bigger pie than cotton-based textiles in Egyptâ€, says Avinash Mayekar, MD of Suvin Advisors.

Egypt, known as the cradle of civilisation, is one of the most developed and diversified economies in the Middle East, says Avinash Mayekar.

â€œMy recent visit to Cairo to visit a textile exhibition, Egy Stitch Tex has given me some eye-openers & changed my perspective of Egyptâ€™s textile industry. First and foremost solid â€˜mind blockâ€™ was that Egyptians only process cotton whereas I found that synthetic blended materiala are also having bigger pie than cotton-based textiles in Egyptâ€, says Avinash Mayekar, MD of Suvin Advisors.

Egypt, known as the cradle of civilisation, is one of the most developed and diversified economies in the Middle East. Apart from being famous for its ancient monuments and preferred as an archeological tourist destination, it is also known for having a niche textile industry encompassing around 4,500 companies, of which 4301 companies are operating inland and 199 companies operating in free zones with a total investment of $6 billion.

The country is blessed with a rich variety of soil and natural conditions that help in producing the finest variety of cotton, famously known as king of cotton. Egypt has become one of the largest producers of long (LS) and extra-long staple (ELS) cotton, which accounted for 50 per cent of world production in 2008. The varieties of king of cotton produced in Egypt are Ginza 70, Ginza 86 and Giza 83 having average length of about 32 mm, 29 mm and 26.4 mm respectively with a uniformity ratio ranging between 48-50 per cent.

Says Mayekar: â€œOver the decades, I had always assumed Egypt to be a country producing cotton and only cotton. In fact throughout my textile engineering days I was fascinated by the term â€˜Egyptian cottonâ€™. However my recent visit to Egypt for the 7th international edition of Egy Stitch & Tex in February was a big surprise as the Egyptian textile industry relies mainly on other textile fibres with cotton contributing less than 50 per cent in overall consumption of fibres.â€

Although the country is producing cotton recognised globally for its unmatched quality the overall production saw a decline in 2016 falling to only 3,20,000 bales as against 5,25,000 bales in 2015. The major reason for this decline is change in government reforms forcing farmers to shift cultivation towards other crops like sugarcane which face comparatively less marketing challenges. However with recent anticipation of increase in total planted area it is estimated that total cotton production will increase by 23 per cent accounting to 3,95,000 bales.

Having the capability of producing fine quality of raw material the country has a vertically integrated textile and apparel industry with 90 per cent of spinning and weaving companies being publicly-owned whereas the private sector dominates the downstream industry with over 70 per cent of garment production.

The Egyptian textile industry is contributing 3 per cent to national GDP generating an employment of around 1.2 million workers and engineers, which is about 30 per cent of industrial work force and accountable for 16 per cent of Egyptâ€™s non-oil and gas exports accounting to $2.6 billion. The export of textile and apparel industry in Egypt is around $2.75 billion in 2016 with the USA, Turkey and Italy being major export partners.

As the demands for textiles is everlasting and with global shift of textile industry from European to Asian and Middle East countries, there is an huge market demand for producing fine textiles. Egypt can easily encash on this opportunity and become one of the leading textile countries in the world. It has an added advantage of competitive labour cost compared to regional countries of North Africa and Central and Eastern Europe. Also its strategic location makes it an ideal trading hub having easy access to Europe, Asia and other Africa countries, thereby reducing transportation cost thus opening doors to major markets. Moreover, easy availability of raw materials reduces the overall costing of finished products. This boost to textile industry will shift the burden of Egyptâ€™s economy generation from mainly contributing sectors like Tourism and Agriculture.

In view of above and to further improve the socio-economic condition of Egypt by utilising the core strength of the countryâ€™s natural resources and manpower, the Government has come up with a national textile strategy called Vision 2025. It is aimed to develop and establish state-of-the-art textile city boosting the forward integration in textile and producing more and more value added end-products rather than just yarns and fibres, ultimately create one million jobs and target export of $10 billion.

â€œEgypt, is all set to take bigger challenges in textile industry and show its remarkable presence in global textile market not only as a supplier of superfine raw cotton but, also as a producer of niche quality textiles. I am sure like Egyptian pyramids, textile industry will produce wonders in global economy,â€ concludes Mayekar.