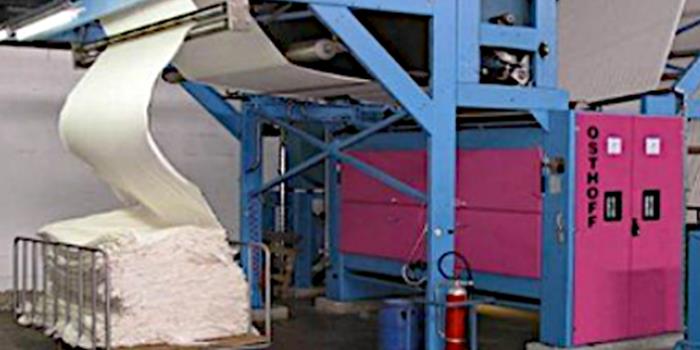 Singeing is the process of removal of protruding fibres from the surface of fabric through the application of open flames while the fabric is in motion.

Singeing is the process of removal of protruding fibres from the surface of fabric through the application of open flames while the fabric is in motion. The fuel typically used is LPG, with a defined ratio of gas to air. Singeing helps improve the fabricâ€™s appearance and reduces its tendency to form pills; this also helps prevent the surface of the fabric from picking up dirt. The singeing process is performed in the grey stage itself, in order to take advantage of the dry state of the fabric. Also, singed fabric also can be dyed and processed better.

Singeing is a widely accepted process in the woven processing industry. However, in the knit processing industry, singeing is much less common as textile manufacturers have historically worked with tubular knits. Singeing is difficult to perform on fabrics in tubular form as the flame to fabric distance is hard to control accurately, which results in uneven singeing.

In order to impart to tubular knit fabrics the same kind of finish achieved through singeing in woven fabrics, the surface of the knitted fabric is cleaned in a soft flow dyeing machine through biopolishing. In this method, the fabric is treated with aggressive textile auxiliaries. However, biopolishing has several disadvantages:

While a few open width process houses have been established in India, the industry overall is yet to adopt at scale some of the established practises that are used in knit processing industries around the world. With the pronounced advantages of open width singeing over biopolishing, it is hoped that the industry would switch over to this best practice sooner rather than later.

Osthoff Senge situated in Wuppertal, Germany, is specialised in the manufacture of singeing machines and is the global market leader in the field of textile singeing and pre-treatment. Osthoff has a rich history of more than a century in manufacturing textile processing machinery.

A.T.E. offers an entire range of world class textile processing solutions including effluent treatment plants and other utilities from leading global manufacturers and solution providers. With more than 80 years of experience in the Indian textile industry, A.T.E. is renowned for its deep domain knowledge and impeccable customer service.